I, Frankenstein, I also Big Bomb, and Other Box Office (What Could Charitably Be Described As) “News”.

This past weekend, Americans were given the opportunity to go and see a new film.  A new film.  As in the singular.  The solitary.  The sole.  That film was I, Frankenstein which America took one look at and collectively said: “F*ck that noise.”  As a result, and to the surprise of quite literally no-one, I, Frankenstein bombed harder than [INSERT LATEST WINNER OF THE VOICE HERE]’s career with a weekend total of $8 million for sixth place.  And so end the film careers of Jai Courtney and Yvonne Strahovski which is very much a good thing for one of them and very much a sad thing for the other.  £5 if you can guess which is which.

Continuing along a similar vein of “to the surprise of quite literally no-one” news, to the surprise of quite literally no-one, Ride Along repeated its top spot performance with $21 million in ticket sales and a 50% drop between weekends, which I guess is pretty good for a comedy.  I dunno, I’m grasping at straws here, folks.  Nothing happened last weekend.  Zip.  Zilch.  Nada.  Diddly-squit.  Bubkes.  Nothing of interest came out, nothing of interest did any noteworthy business, nothing of interest occurred in the movie industry.  Maybe it was terrified of the combined power of the Royal Rumble and The Grammys or something, I dunno.  Tell you what, let me dig real deep into the weekend’s results and see if I can dredge up something to snark at.

OK, let’s see…  Dallas Buyers Club expanded to 1,110 theatres and made $2 million for fourteenth place, proving that a staggered release that lasts 12 sodding weeks before finally going nationwide is most definitely not best for business.  Nebraska similarly went wide, this week, and only took $1.4 million for eighteenth place.  On the upside, now it’s within spitting distance of finally making its budget back!  The Legend of Hercules and 47 Ronin continue their race to the bottom in news of no merit or value, I just wanted to remind you that an abominable film is still doing abominably and a highly underrated film is paying dearly for its inability to control a budget.  And, finally, Vanessa Hudgens and Brendan Fraser attempted to leap back into Serious Dramatic Acting territory with Gimme Shelter, to which America collectively went “Wait, Brendan Fraser thinks he’s still a thing?  That’s cute” and ignored it totally: $721,000 from 385 theatres. 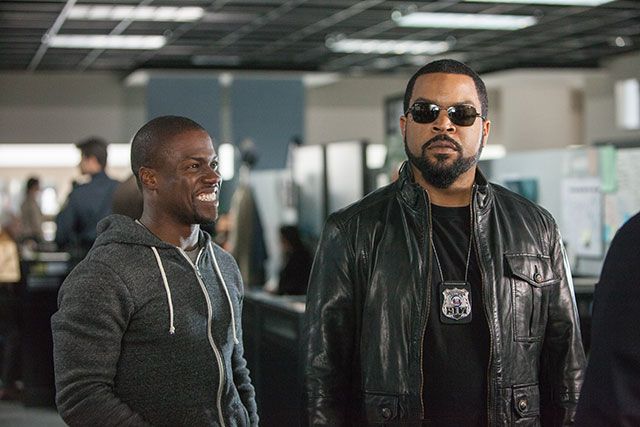 This Full List is about as alive as Mary Shelley.  …what, too soon?

So, fellow Screened users: who, what, when, why and how Kevin Hart?  Seriously, I have never heard of one second of anything he’s ever done, yet I was told last week that he is a big deal.  So, what gives?  Why have we Brits never heard of him?  I need answers, people!

Sigh… people, The Lego Movie is due in less than two weeks.  Surely, if you needed to get your fix of Will Arnett in a kids’ animated comedy (which is a strangely specific fix), you could have held off for another two weeks!  Or, at least, just gone and take your bratty kids to see Frozen again.  If you or they are honestly complaining about having to face down that scenario, then you or they are probably just dead inside.

“They’re planning a Frozen sequel?!”  No!  No, Bob Iger!  Stop!  Cease and desist!  Did your company learn nothing from Pooh’s Grand Adventure, Pocahontas II, An Extremely Goofy Movie, Beauty and the Beast: The Enchanted Christmas, Lady and the Tramp II, Cinderella II, Hunchback of Notre Dame II…

…Brother Bear II, Kronk’s New Groove, Cinderella III and The Fox and the Hound II?  Think before you do stupid things!

Have you all read Film Crit Hulk’s essay on this film and David O. Russell’s career trajectory in general?  Who am I kidding, of course you have, it’s Film Crit Hulk!  Anyways, the overall point itself is rather muddled, but he did manage to nail down why that movie seemed to last an eternity for me.  Most of the scenes in that film genuinely build to nothing.  They add nothing of importance, give us no insight into the characters or just repeat themes and character traits the film had already established.  That’s why a 2 hour and 10 minute film seemed to feel like it lasted somewhere in the region of 3 hours, for me.  Feel free to disagree with me, though.  I’m hardly an expert on film.  I really liked 47 Ronin, remember?

Remember how I said that I was going to see this and Inside Llewyn Davis this past weekend, last week?  Well, fate conspired against me and neither film turned up at any of my cinemas despite having been trailered for months!  I blame Delivery Man, because that’s doing big business.  (Clarification: Delivery Man is not doing big business, I just gave up trying to rationalise my cinema’s stupid arbitrary decisions as to which films they will and will not stock a long time ago.)

9] The Wolf of Wall Street

You know, I’m glad that this got snubbed for Best Editing.  Genuinely I am, because if it were up for that Oscar, I think my brain would have a meltdown trying to decide who deserves it more between Wolf of Wall Street and 12 Years a Slave.  So thank you, Academy!  Don’t think this lets you off for whatever stupid decisions you make during the ceremony itself, though!