Tomorrowland comes today and is really underwhelming, Poltergeist is here and did really mediocre… y’know what?  This whole Memorial Day Weekend was basically a total bust, and Other Box Office News.

You may not know this, but this past weekend was a Bank Holiday.  No, really.  A second one in the same month, the official “Spring Bank Holiday.”  No, I really don’t know why.  Maybe we have it so that, when America shuts down for Memorial Day Weekend, we don’t have to wonder what those lazy ingrates are celebrating for whilst we have to keep going to our miserable dead-end jobs.  Did anything even actually shut down on Monday for anybody?  All of the shops in my village remained open as if it was any normal Monday, as if even they realised that this bank holiday is utterly pointless…

Hmm…?  Oh, right, movies.  Sorry, I was awake until 3:30am last night essay writing and got barely 5 hours of sleep.  My brain might make some left-turns during this piece, so be prepared.

Anyways, Memorial Day Weekend!  Typically, this is the period in which studios launch their biggest heavy-hitters to guide the 4-day weekend to piles-full of Scrooge McDuck money.  For example, last year, 20th Century Fox dropped X-Men: Days of Future Past, and despite humanity collectively forgetting everything that ever happened in that 2 hour piece of moving wallpaper as soon as they left the cinema – yeah, I said it – the film still opened to a ridiculous $110 million.  Analyst expectations were high, everyone was on the edge of their seat, this is meant to be the first Summer Blockbuster season that crosses $5 billion, after all, so Memorial Day Weekend should be a fever pit of activity, right?

Small problem with that: the two big films that people gave a sh*t about came out last weekend.  Instead we got a bad Brad Bird film, which is a phrase that physically hurts to type, and a crappy pointless horror movie remake.  Surprising nobody, the box office promptly died on its arse.

Tomorrowland is technically the winner, since it ended up in first place over the period, but it could barely scrape together $40 million over all four days which, for a film that cost $190 million to make and has been marketed and advertised to the hilt, is more than a little pathetic and embarrassing.  Hell, it barely beat the second week of Pitch Perfect 2, which was in an almost dead-heat with Tomorrowland for most of the weekend!  Meanwhile, Poltergeist posted exactly the numbers that you are expecting a crappy horror movie remake to post.  It started out strong on Friday with a good $9 million, then proceeded to sink like a stone once every horror fan collectively realised that, yeah, it was a bit sh*t, wasn’t it?  It eventually finished the long weekend with $26 million for fifth place.

In the land of the limited releases… things were rather crap over there, too, actually.  The only thing worth talking about was When Marnie Was There, currently the last planned Studio Ghibli film so, let’s face it, it would have still been the only thing worth talking about even if the limited releases were filled to the brim with films of quality and note.  Well, for the possible swansong of one of the greatest, if not the greatest, animation studios that has ever existed, the public came out in force!  They all collectively joined arms, packed their best tissues, and skipped merrily together down to their local cine…  Sigh.  Yeah, that didn’t happen.  Marnie managed to post a three-day weekend total of $27,388 from 2 screens.  By contrast, Isao Takahata’s The Tale of the Princess Kaguya managed $54,915 from 3 screens, whilst Hayao Miyazaki’s The Wind Rises scored $313,751 from 21 screens.  So, a bit underwhelming.  It did, though, post the highest per-screen average of the whole miserable weekend, at $13,694, so little victories and all that. 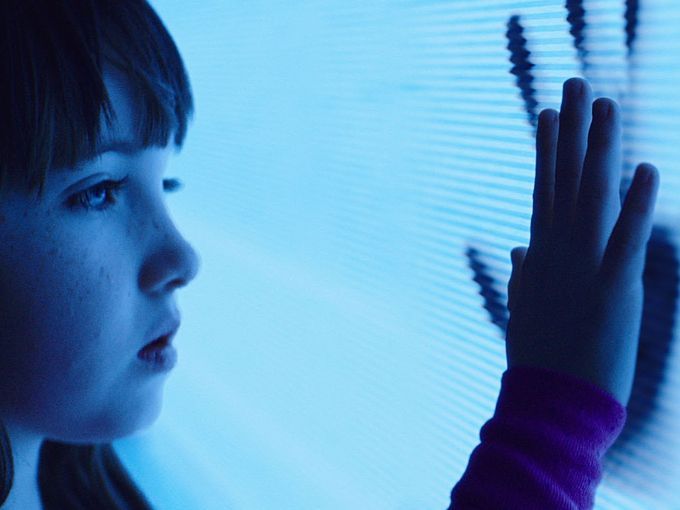 This Full List will only be doing the three-day period of this four-day weekend (but including the fourth day in the total gross so far area) cos that’s the formula.  You know what happens when you mess with formula?  Chaos and anarchy, that’s what!

My review for those of you who enjoy reading my opinions on stuff, for some bizarre reason.  Yeah, really disappointed that this one didn’t work and I lay the blame at Brad Bird’s feet.  I know that a lot of people are going to blame Damon Lindelof, and I do get why, but he’s not mainly to blame, here.  I mean, Lindelof’s various works are a lot of things, but the last thing that they are is preachy and obsessively on-the-nose about their messaging, to the detriment of everything else.  Bird is usually way better than this, but he dropped the ball here for whatever reason.  Damn shame.

For those of you following along at home, that is a 55% drop between weekends which is a far better hold than I thought this film would have.  It is typical, after all, for female-targeted movies to drop majorly between weekends – last year’s box office smash The Fault in Our Stars collapsed 70% between weekends, whilst Fifty Shades of Grey plummeted 73% between weekends – so this hold is pretty miraculous.  It’s not tearing it up overseas like I thought it would, but $250 million worldwide still seems like a lock by this point, and combined with the inevitable smash that it will be on DVD…

Give me a moment, I just want to savour all of this cos like sh*t is anybody going to give this the proper credit that it is due.

Look, I know that everybody is collectively crapping their pants because Fury Road hasn’t slaughtered every box office record and made off with all the money in the world in its first week.  I get that, I really do, the quick-fix narrative of modern day box office reportage makes any film that doesn’t immediately dominate all-comers a complete failure that will sully impressive track-records and ruin careers.  But look a little closer for a second: Max spent the weekdays trading incredibly close places with Pitch Perfect 2, whilst posting very strong numbers, it’s doing very well overseas, that R-rating was always going to handicap it anyway, $150 million domestic now seems a lock, and it’s only dropped 45% between weekends with nothing else to really challenge it until Jurassic World comes along.

Plus, as myself and Lucy discovered on Thursday together for the second time, it’s still an utterly mesmeric movie that deserves way more than a ridiculous box office narrative attached to it.  Believe me, it’s going to be fine.

5] The Avengers: Age of Ultron

The rest of this chart might be wrong, don’t blame me if it is.  Box Office Mojo has clearly been handed over to a clueless intern for whatever reason, and is thusly impossible to read and trust.  I can’t find anything, several reported grosses are just plain wrong – yeah, sure Pitch Perfect 2 posted a $30 million weekend but only did $900,000 on Friday – and their write-ups are somehow even worse than mine.  What’s going on, folks?  Sort it out!  Where am I going to go otherwise for this stuff?  Deadline?  (*snorts derisively*)

So I am actually now cross-checking with Deadline on all of these entries for total accuracy.  Feel I need to explain that that was my attempt at a light-hearted joke and that I harbour no ill will to any potential outlets who are looking for writers and, if they’re gigs of the paying variety, I can be reached at p…  (*author notices Owen eyeballing him, hastily covers up work and moves on*)

8] Far From the Madding Crowd

At least I never have to hear “Come all ye fair and tender girls” ever again.  Hearing it in front of damn near every single film for 3 straight months was absolutely maddening, which is something I should never have to say about Carey Mulligan’s singing.

Kevin James’ next film has just been picked up by Netflix, the company that just won’t stop enabling Happy Madison affiliates despite common goddamn sense.  If this is this trade-off for Orange Is The New Black and Bojack Horseman… well, I can’t really have an opinion in this case as I haven’t watched either show yet.  They are in my queue, though, so I’ll get to them around 2018.  At the earliest.

Well, after nine weeks of quietly decent performing, it’s time to say goodbye to Home.  It’s almost certainly not done well enough to justify DreamWorks continuing to spend $135 million on every damn film they release – thank CHRIST, that lesson cannot be hammered into them fast enough – but it’s hopefully done strong enough to keep them afloat for another year.  Yay!  Now I’m just going to go and find myself some Tip merchandise so that I can feel good and happy about DreamWorks taking steps towards better representation in ani…

Just one goddamn doll?  One?

Dropped Out: The Age of Adaline, Ex Machina

Callie Petch is living on such sweet nothing.