John Wick massacres The Avengers, A Dog’s Journey gets put down, The Souvenir fetches a high price at auction, and Other Box Office News.

Note: this article originally ran on Set the Tape (link).

The dominating domestic run of Avengers: Endgame has finally been brought to something resembling a screeching halt.  After even the promise of Pikachu in an adorable little deerstalker couldn’t break the juggernaut’s Thanos-like grip on the domestic top spot, one may have questioned what exactly would be capable of killing this particular Box Office bogeyman.  Turns out the answer is much the same as the one to “what human being is capable of killing the actual bogeyman?”  John Wick himself.  John Wick: Chapter 3 – Parabellum is your new Box Office #1 with $57.2 million, an opening which eclipses within three days the entire months-long domestic theatrical run of the original John Wick from four-and-a-half years ago ($43 million for those wondering).  It is also the first entry in the series to ever hit the #1 spot – Chapter 2 having opened on the same weekend (Valentine’s 2017) as LEGO Batman and Fifty Shades Darker, and the original being bested by fucking Ouija of all things – and the best opening weekend for studio Lionsgate since the Hunger Games finale back in November 2015 (which banked $102 million).  Vindication for those of us who have been aboard this particular doggo-inclusive hype train since Day 1!

John Wick may have been the most popular form of dog-inclusive entertainment in cinemas this past weekend, but it was by no means the only option that was open to good boys and girls and non-binary folks the nation over.  There was also the latest instalment in the W. Bruce Cameron Cinematic Dog-verse with A Dog’s Journey, not to be confused with A Dog’s Way Home from back in January which is a totally separate film to this sequel of 2017’s A Dog’s Purpose despite all three of them sharing source material, a writer, Hallmark-quality style, narrative conceits, and being really very bad.  Got it?  Don’t worry if you didn’t because it certainly didn’t fetch all that much, marking its territory with just $8 million for a miserable fourth place finish.  To be fair, though, it was working from the handicap of being the dog film in cinemas which doesn’t feature Jerome Flynn having his nutsack mauled by a good pup as meta-revenge for his abysmal cover of “Unchained Melody.”  It also very easily outshone the weekend’s OTHER new Wide release.  …yes, there was actually another Wide release this past weekend, although you and everyone else would be forgiven for thinking otherwise given the lack of real press.  YA weepie The Sun is Also a Star flamed out in non-spectacular fashion with a mere $2.6 million, only good enough for eighth place.

Meanwhile in the land of Limited Releases, we have a real study in contrasts.  Joanna Hogg’s latest feature, the at-least partly-autobiographical drama The Souvenir, benefited from non-stop gushing from critics ever since it premiered at Sundance and the always-reliable A24 seal of quality – or, to be more accurate, the A24 Film They Actually Put Effort Into Promoting seal of quality – to post an exceptional opening take of $85,851 from 4 theatres, a per-theatre average of $21,463.  On the exact opposite end of the spectrum, however, there’s Edward Zwick’s true-crime biopic Trial by Fire, about the wrongful execution of suspected murderer Cameron Willingham after evidence supporting his claim of innocence was suppressed, which suffered an extremely tasteless joke relating to “executions” in some manner with $78,882 from 109 screens, a PTA of $723.  For comparison: How to Train Your Dragon: The Hidden World, currently on its 13th week of release and playing in 177 theatres, closed this week with a PTA of $893.  Safe to say that, unlike The Souvenir, this one won’t be getting a sequel of some kind. 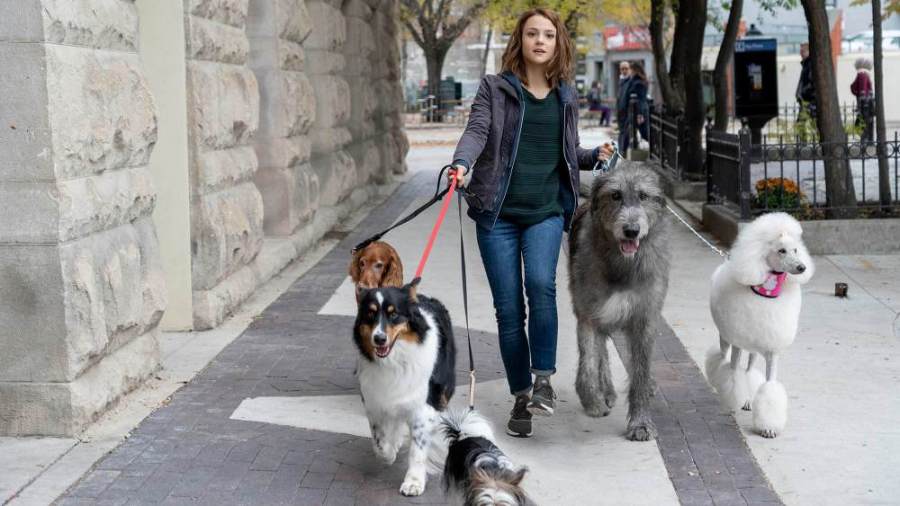 This Full List has served.  It will be of service.

Other than Amazing Grace and Homecoming (the Beyoncé concert film), this may be the best film I’ve seen so far this year.  Not my favourite, there is a distinction, but it’s also not far off that prize either.  Fucking loved this to pieces.  It’s one half Mad Max: Fury Road and one half that bit in Jupiter Ascending where Jupiter and Caine have to deal with all those bureaucrats in order to make her the Earth’s owner.  That is a comparison maybe five of you are going to get but I also guarantee that those five will be nodding about its accuracy once they’ve seen Chapter 3.  Although his review doesn’t feature any comparisons like that within its text, Dave Bond has done a great write-up you should go read whether or not you’re seeing Parabellum.

Helen Balls had a read of the Official Movie Special tie-in book for Endgame from Titan Books so you don’t have to.

Well, after all that build-up this was both pretty good and low-key disappointing.  When it’s being an unabashedly weird and goofy Pokémon movie, it’s a real fun time!  The Pokémon are all fun and look excellent, Kathryn Newton’s deliberately ridiculous try-hard Lauren Bacall impression is great, the world-building is strong, and Psyduck is the best part of the movie (don’t @ me) because it’s a walking embodiment of the fresh and offbeat storytelling possibilities Pokémon provides to virgins with the series (such as myself).  But when it’s being your standard and strangely cheap-feeling-despite-a-$150 million budget family flick constrained by its runtime, Detective Pikachu is just rather ok.  I hope whatever the inevitable next Pokémon movie ends up being leans into the weirder side of things because stuff like Pokémon shouldn’t have to temper down its quirks in the jump across mediums.

After having watched #3 in this not-actually-a-series, I’m honestly feeling rather disgusted by W. Bruce Cameron.  His stories are all just the same relentless cynical blasts of Lars von Trier-level misery with one tonally-incongruous gimmick and a borderline-contemptuous attitude towards its audience of dog lovers and children in its discussions of mortality and freshman philosophy.  Why are so many dog movies in actuality quite miserable and depressing?  How’s about somebody release the antithesis of A Dog’s Journey for a change!  *is reminded of The Queen’s Corgi*  …ok, never mind.

This one is barely a film.  Not being funny in the slightest is the least of its problems, honestly.  I would not be surprised to find out that Chris Addison and his team just shot a whole load of random sequences sans a completed script then stitched the resulting film together in Post with Pritt Stick and gaffe-tape.  What a waste.  Imagine what Paul Feig could have done with this.

The SCI-FI LONDON Film Festival is currently ongoing (at time of writing) and we here at Set the Tape have been checking out a bunch of screeners on your behalf.  Wendy covered the scatterbrained Alien Addiction, Shaun took on post-apocalypse thriller Black Flowers, and there’s also *checks notes* Shed of the Dead.  That last one definitely sounds like a winner, no doubt.

Echoing Dave Bond’s three-star review by stating that this is fine.  Definition of a two-and-a-half-star movie in that it’s enjoyable, mildly funny, Rogen and Theron are great as always, but is otherwise totally empty in every respect.  The romance being underdeveloped, the political satire being toothless and self-sabotaging-ly broad (tellingly they never identify the political party Theron is a member of).  It’s fine, nothing more.

OK, there’s been no easy transition in this piece for me to smoothly slot in a pimping, so let’s just do it here.  Last Friday, I got to interview New York power-pop quartet Charly Bliss on the release day of their outstanding sophomore record, Young Enough!  I think the interview turned out extremely well and they were just the absolute sweetest possible people, so go give that a read if you’re yet to!  Then go listen to Young Enough for it, as the kids say, plops!

Dropped out: Breakthrough, Tolkien, The Curse of La Llorona

Callie Petch wants to see you take the jackpot out the fruit machine and put it all back in.