It’s time once again for our yearly notation of the movies that boldly dared to simply exist.

In a flailing effort to liven up what’s going to be a very sedate Listmas Season – spoilers for the next near-fortnight of articles, this was a real crummy year – these pieces shall be coming to you courtesy of an endless loop of Charli by Charli XCX and Dedicated by Carly Rae Jepsen cos, Christ, do I need the additional hype to get these out.  Still, I guess that disinterested resignation is fitting for our opening subject.  But first, hi there!  My name’s Callum Petch and welcome to Listmas 2019!  We unofficially kicked things off last weekend with the yearly rundown of my Top 50 Songs, but proceedings get properly underway starting now since, although the big increase in music-related articles this past year may be inferred as a shift in ambitious and focus, I am still predominately a film critic and we’ve got those Top and Bottom lists plus some supplementary features to reveal over the next ten days!  Hope you’ll stick around for the lot of them!  Unless you’re reading this in the future, in which case, I hope the bizarre and horrible auto-ads which have recently turned up but I don’t know how to turn off fail to deter you from reading the whole thing!

All in good time, however.  Before we deal with the very best and the very worst, we gotta pay undue attention to the very “eh.”  Two years back, in a bit I stole (badly) from both Zero Punctuation and Jim Sterling because I guess I haven’t progressed particularly far as a writer from the Me who started off a full decade ago by also stealing (badly) from those sources, I decided to take time out and pay tribute to the most mediocre films of the year.  The stuff so blazingly “ok,” “fine,” lacking in ambition that almost all memory of them had managed to evaporate even whilst I was in the midst of viewing.  The baseline by which much of the rest of the year would be judged, for good and ill.  Well, this is a fun little intro piece with a good pun title and, crucially, is way easier to put together on a deadline than the Top 20 Scenes piece, so here we go again.  Behold!  2019’s most average films! 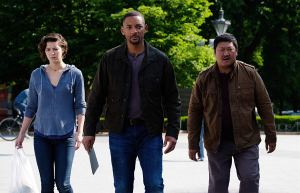 At first glance, Gemini Man does not seem to fit the profile of a “meh-gnificent” movie.  Ang Lee’s sci-fi thriller is loaded down with too much idiosyncratic and technological ambition to be seriously labelled as just “meh,” what with the whole creating an entirely new younger Will Smith in CGI and having him act opposite the old real thing for much of the movie, plus Lee’s continued bewildering insistence of shooting the film at 120 frames per second despite the effect being (allegedly) sickening and no cinema in the UK being equipped to play the film above the industry-standard 24fps, let alone the intended speed.  Also, Mary Elizabeth Winstead.  And, sure, that would seem to disqualify Gemini Man from contention.  Except, three major problems with that theory.  1] I couldn’t see the film in either 3D or the intended projection speed.  2] Stripping away the technological gimmicks, you end up left with a dead-boring and anonymously-shot generic thriller from the dark ages of the late-90s.  3] Mary Elizabeth Winstead didn’t even come close to kicking all of the arse.  So, yeah, it’s just a boring forgettable action movie.  It’s perfect for this list. 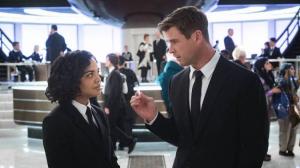 It says a lot about International that I had set out to write an entire article explaining why it failed to understand the franchise it’s supposed to be a reboot/continuation of, only to end up spending a mere paragraph and a half of said piece talking at any meaningful length about International specifically.  I spent more time talking about Paul Feig’s Ghostbusters than I did this misshapen, unformed, immediately forgotten, blatant Marvel Cinematic Universe rip-off.  When sketching out my lists, I wavered between sticking it on here or on the Bottom list, since International perfectly embodies the entitlement of the modern Hollywood blockbuster – arriving with zero substance, zero discernible identity, zero exciting action beats or interesting characters or reasons to tell this story with this branding, yet still demanding money and attention regardless – but in the end I could summon up at least mild bile for the Bottom entry which also perfectly embodies those very things, whilst International… what were we even talking about again?

When I first started doing these pieces, I noted the irony in spotlighting the year’s most forgettable and average movies to write a good near-200 words at a time on.  After all, wouldn’t the real most average/forgettable films of the year be the ones which are somehow too bland for the bland list?  Yet, this year, a good half of the list that I’ve highlighted I am legitimately struggling to recall anything about.  Maybe that’s a sign I’m finally fulfilling the series’ remit!  …oh, err, right, Red Joan.  I remember that Sophie Cookson did a solid young Judi Dench impression.  I remember that an interesting premise about Cold War defection and the long-tail consequences of secretive pasts not shared with others was almost instantly chucked in a bin in favour of lame-ass “which blandly handsome man will our spunky female protagonist shack up with?”  I vaguely remember it looking like a BBC Two drama from seven years ago.  And that’s about it.  Like I said up top, crummy year, I’m really stretching here. 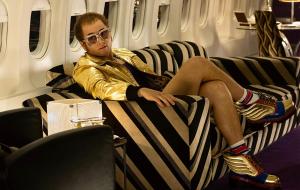 It is my professional opinion that any aspiring screenwriter with dreams of writing a music biopic be required by law to sit down and watch Walk Hard: The Dewey Cox Story first so that they can learn which clichés, framing devices, narrative beats, time scopes, and tones to not take in their own work.  Perhaps the greatest crime in cinema this century is Walk Hard having not been allowed to nuke this entire subgenre from orbit.  Rocketman actually came in with a lot of potential: it was pitched as an out and out musical, it aimed for an R/15 rating and refused to shy away from Elton John’s homosexuality and rampant addiction, and it was to be directed by Dexter Fletcher who up until then (and excluding emergency cavalry help on Bohemian Rhapsody) had put together a solid track record of surprisingly great movies.  Then it proceeded to take all that potential and just do Walk Hard anyway.  Pretty quality Taron Egerton performance, though.

Oh, the irony in a movie attempting to preach a message about individuality and non-conformity, utilising the characters and iconography of one of American media’s most enduring avatars for non-conformity and social satire, whilst itself rigidly conforming to the generic framework and barriers put forth by every middle-of-the-road animated kids’ film from the last 10 years.  Regardless of what you might think about Sausage Party – and also regardless of the fact that, given all the allegations about him on the previous film, maybe Greg Tiernan shouldn’t be allowed to direct anything for a good long while – surely we can all agree that those guys should’ve been able to do something interesting with The Addams Family?  Something macabre, envelope-pushing, even baseline insightful, visually interesting?  Rather than just crafting human character designs too ugly for Illumination joints, stealing rejected efforts from Illumination gag pitches, and calling it a day?  It’s somehow not even the best animated film from 2019 to include a disembodied hand running about the place! 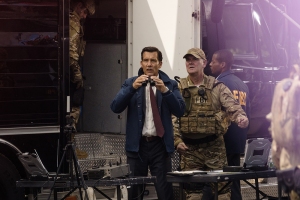 …er, The what now?  Hold on, I think I covered this in a What I’ve Been Watching, let me go see if that refreshes the memory.  *re-reads piece*  …nope, I’m still getting nothing on this one.  The hell is Clive Owen’s agent doing?  That’s my one and only meaningful contribution to this section. 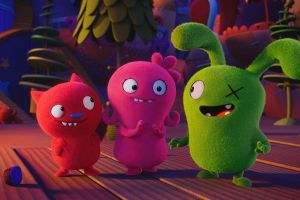 Here is a list of animated kids movies which Uglydolls unashamedly rips off at one point or another and are far more worth your time (or at least interesting) even if you’ve been forced to see them on an endless loop for the last few years on account of being a parent: Trolls, the original Toy Story, Monsters University, Wreck-It Ralph, Toy Story 2, the original Shrek, the first LEGO Movie, Sausage Party, 9, and Toy Story 3.  Despite the last two years of precedent, I really do aim to try and keep animation representatives on this list to just the one entry that’s emblematic of the most mediocre and effortless examples in the medium at large.  But, also, this film was definitely grown in a lab via strictly controlled scientific method in an effort to create the single blandest animated movie of the last several years, like hell could I not include it alongside Addams Family.

Callie Petch is up in this bitch.